Split Screens opening night event is the world premiere of HBO’s The Deuce!

“David Simon and George Pelecanos, who last teamed up on Treme, will reunite for this HBO series set against the backdrop of the sex industry in New York in the 1970s. How can it miss?” asks Split Screens programmer Matt Zoller Seitz

It can’t, and you shouldn’t.

Audiences will be treated to the pilot episode of the new period drama which has topped countless lists of most anticipated TV shows of 2017.

A limited amount of tickets for the opening night premiere of “The Deuce” are available and cost $30 ($25 IFC Center members) Purchase yours now online or in person at the IFC Center box office. 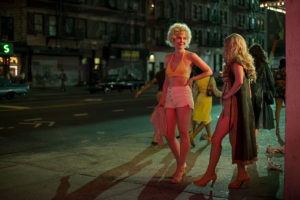